It is proof of a base and low mind for one to wish to think with the masses or majority, merely because the majority is the majority. Truth does not change because it is, or is not, believed by a majority of the people.

Giordano Bruno
The Bologna train station bombing in 1980 and the Mogadishu truck bombing 37 years later in 2017 have the same modus operandi. A bombing was conducted in an evacuated area and people were brought in later to act as wounded, dead and rescuers.

​Bologna train station bombing, August 2, 1980, 85 dead and more than 200 wounded
At the time, it was blamed on Communists; and indeed, soon after, the PCI (Italian Communist Party) was badly beaten in parliamentary elections. However, later it was deemed to be a false flag operation carried out by neo-fascists. The neo-fascists were hired as operatives for Operation Gladio, a clandestine NATO "stay-behind" operation in Europe during the Cold War in which the CIA played a central role.

But was an attack really carried out by anyone at all? Sure, there was a bombing, however, the photographic evidence does not convincingly suggest 85 killed and 200 injured. A false-flag hoax can be implemented by running an anti-terror or similar drill using agency staff and hired "crisis actors" to play victims, witnesses, loved ones and others. The "dead" can be still-alive people who've been "sheepdipped" (provided with new identities and relocated), names of people already dead, or conjured-up names. A photo of one person can be morphed and assigned to multiple people and a variety of other techniques can be used to produce the dead people required. People may be charged and allegedly jailed, a memorial may be inscribed with names, flowers may be laid, etc but this is not proof that a real attack happened.

The BBC reported the following:
University professor Malcolm Quantrill said he had just reached a ticket window in the booking hall when he saw a "flash of yellow light".
The 44-year-old Londoner said: "I did not hear an explosion - just the crash of the masonry falling and the sound of breaking glass as the ticket window disintegrated.
"There was blood all over me. Everyone was running, shouting and screaming."

Interesting points about Quantrill and his report.
The BBC also reported that another witness, 22-year-old, Simon Gray, said:
"People were coming out of the station with blood streaming from their wounds. One middle-aged man was carried to an ambulance with blood pouring from a severed leg."

Again we do not see the images indicated.

There aren't many images to be found on the internet but of the representative ones below, do you think any suggest a real attack resulting in 85 deaths and over 200 injured? One has to wonder why there is no clear picture of a single injured person. One also has to wonder at the positioning, state of dress and other features of the female body under a train. And one has to wonder why they're taking a seemingly injured or dead person onto a bus. Where's the ambulance that the witness mentioned? 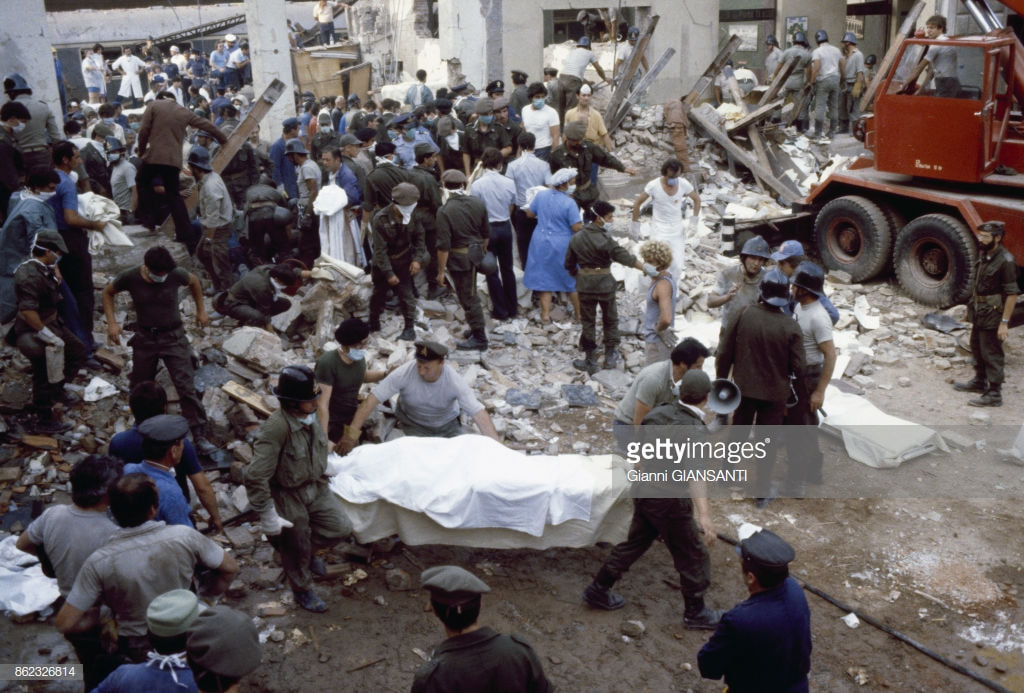 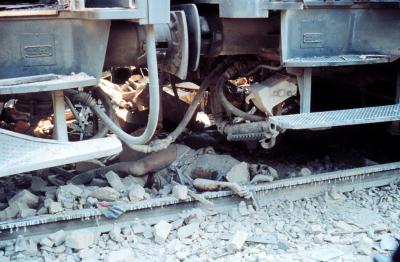 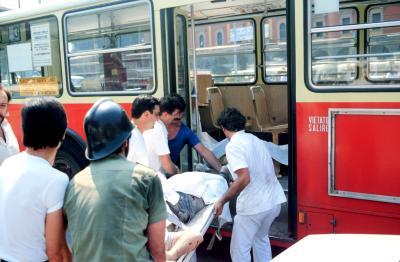 Mogadishu truck bombing, October 14, 2017, at least 587 dead and 317 injured - reported as an attack by the terrorist organisation, al-Shabaab
I invite the reader to peruse all the images returned by a Google image search to see if they can find one that shows clear injury caused by a bomb. Bombs maim, bombs cause carnage. When a bomb has killed 587 people and injured 317 what do you expect to see?

In the first image below we see a man's back bandaged. His back shows pink and black pigmentation that is partially covered in unconvincing bandaging. The partial bandaging seems to suggest that the pink area is actually some kind of injury suffered from the bomb when it is obviously simply pigmentation. Presumably, if it really were injury it would be covered completely.

In the second image why is the man below being carried and carried in this way? 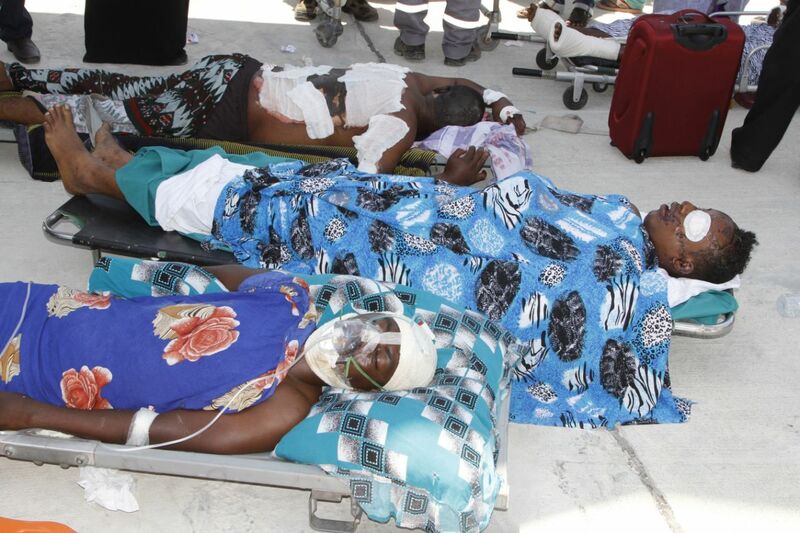 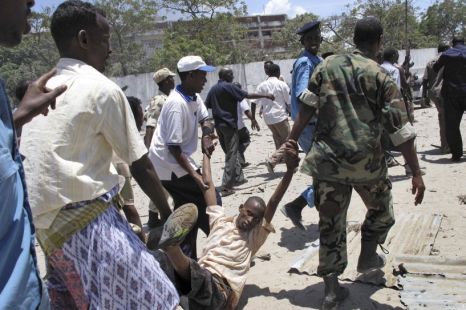 Although distressing, it would be instructive to be able to see pictures from an event that is clearly real. However, it seems Google is censoring these images. I know I've seen images from a bombing where I saw a severed limb - it was unmistakable but I can no longer find that image or any other convincing images. When we do not see images from real events but only from fake ones that is really very scary.
​
It is interesting to note that the Special Representative for UNSOM (UN Somalia) at the time of the bombing was Michael Keating who has experience in counter terrorism and has written for Chatham House and the Council on Foreign Relations. This is a 2012 post stating that MI6 had infiltrated al-Shabaab a number of years before.
Widget is loading comments...